All Computers now come with a FREE LIFETIME WARRANTY!

Got a question? Call us!


Got a question? Call us!

These Modules are Plug-and-Play:
Just Put it in and Drive, no need to visit the dealer! 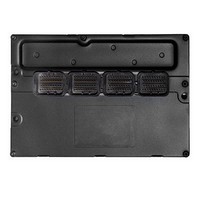 The Chrysler 300: The Working Man's Rolls-Royce. Okay, maybe not, but it's still good enough to be awarded the North American Car of the Year. Discussed below is a break-down of all the different computers we offer for the Chrysler 300.

Computers for the 300M

The 300M was the first generation Chrysler 300 and was produced from 1998-2004. It came standard with a 3.5L V6 engine and a 4-speed automatic transmission. From 1998-2001, the 300M used two separate computers to control the powertrain, one for the engine and the transmission.

Starting in 2002, engine and transmission computers were combined into one unit. The entire powertrain could now be controlled with a single computer. The powertrain control modules are listed as "ECM PCM" and have an average price of $260. We have them in stock for model years 2002-2004.

The Chrysler 300 was produced from 2005-2010. In addition to the base model, it was also available in a Touring edition and a Limited edition.

All three versions use the same computer for the same model year. For example, a computer for a 2005 base model will also work in a 2005 Touring and a 2005 Limited.

For the 300, both the engine and the transmission are controlled with a single computer. Right now, we have computers for model years 2005-2009 in stock and priced at $260.

Computers for the 300C

The 300C was the top-of-the-line version of the Chrysler 300. It came standard with a 5.7L Hemi engine and a 5-speed automatic transmission. Unlike early versions of the 300M, it uses one computer to control the entire powertrain. We have Chrysler 300C PCMs in stock for model years 2005-2007 and priced at $350.

Computers for the SRT-8

The SRT-8 came with a 6.1L HEMI engine and 5-speed automatic transmission. Due to the demands of its high-performance powertrain, it requires a computer with higher capabilities than what's used in the Chrysler 300 and 300C. With greater computing power comes a higher price tag. PCMs for the 300 SRT-8 are priced at $500 and we have them in stock for model years 2005-2009.

Please note, engine controllers and powertrain controllers are both listed as "ECM PCM". So how do you know which one is for the engine and which one is for the whole powertrain? If you see a TCM listed for the same year, it's likely the ECM PCM controls the engine only. If you see an ECM PCM listed without a corresponding TCM, it's likely the ECM PCM controls the entire powertrain. Still confused? Give us a call at 1-888-875-2958 and we'll get you squared away.