Need a replacement ECM?  We sell preprogrammed “plug and play” engine computers (ECMs, TCMs, and PCMs) for all makes and models!  We only sell OEM parts that are GUARANTEED to work with your vehicle.

Order today and it’ll ship within 48 hours:  find the right ECM for your vehicle now » 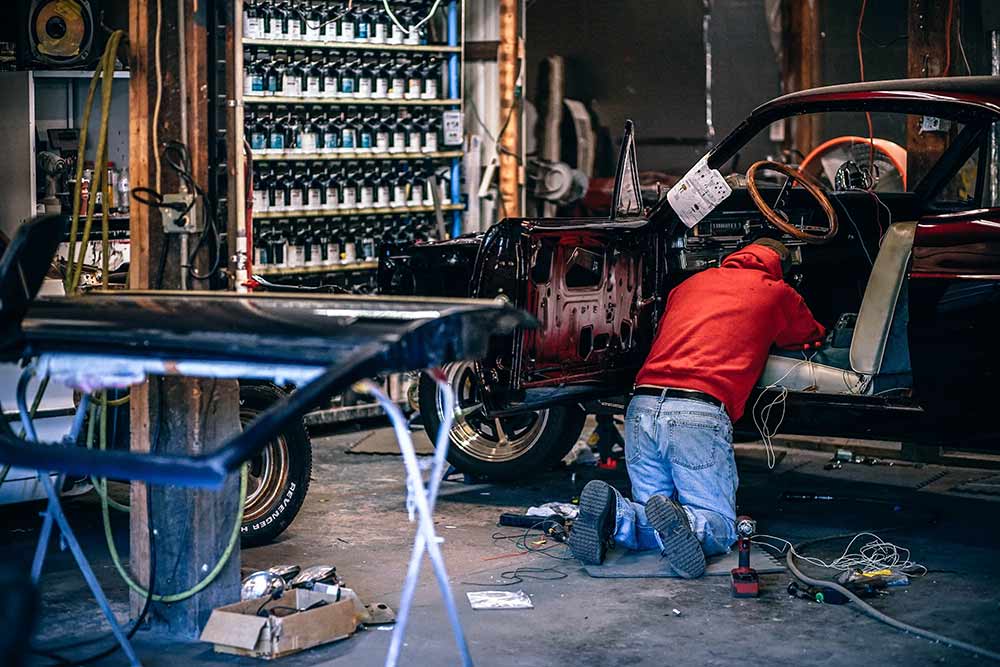 Modern cars are highly advanced and complex pieces of technology. To the uninitiated, they might even sound like something out of a sci-fi movie. And just like some futuristic vehicle, the majority of your car’s functions are controlled by its engine computer, also known as its Engine Control Unit (ECU), Engine Control Module (ECM), or Powertrain Control Module (PCM).

Just like the one you have at home sitting on your desk, these computers process loads of information and can execute a host of functions. In your vehicle, the engine computer monitors or controls a multitude of processes that keep it running at its optimal level. It’s able to adapt to changing conditions and your own driving patterns to ensure the car is functioning as efficiently and safely as possible.

What Does a Car or Truck’s Engine Computer Do?

Like we said, the car’s engine computer basically monitors and controls all essential vehicle functions—keeping tabs on everything and making sure it’s all running smoothly. But exactly what is this computer doing in your engine?

Put simply, it is constantly receiving information from a variety sensors positioned throughout your engine so it can do things like:

The computer is able to monitor these functions with information from the oxygen sensor, air pressure sensor, air temperature sensor, throttle position sensor, and the knock sensor, among others—all to get the best performance possible out of your engine while keeping emissions low.

What’s more is that these engine computers are also self-learning devices that have been programmed to adjust for driving conditions and the habits of the driver. This means that the computer will make small adjustments to different parts of the engine and different systems in order to adapt to varying environmental conditions and to the way you, specifically, drive your car.

Doing things like making gear shifting smoother by backing off the throttle when it decides to shift, or performing millions of calculations and solving equations to decide on the best spark timing and determining how long the fuel injector is open, the computer synchronizes the functions of each system for better power delivery, fuel economy, and overall performance.

In a nutshell, your car’s computer both independently controls and coordinates the different parts of your engine so that they work together in the most efficient way, given the constantly changing environmental and driving conditions.

How Do Car Engine Computers Work?

So now that we have a basic understanding of what the computer in your car does, how does it actually work?

Like all modern computers, the one in your car depends on tons (in modern cars up to 50) of microprocessors to give it the computing power it needs to control all these functions. And as cars get more and more advanced, the number of microprocessors required increases. Innovations and developments in newer cars that require an increase in microprocessors include:

A car computer today typically contains a 32-bit, 40-MHz processor. Although that might not seem like much, your car is running much more efficient code than the processor in the computer you’re carrying in your backpack. The code in an average car computer takes up less than 1 megabyte (MB) of memory. By comparison, you probably have at least 2 gigabytes (GB) of programs on your computer — that’s 2,000 times the amount in your car.

In addition to the processor, the engine computer contains several other components on a multi-level circuit board. These include:

High-level digital outputs – On many modern cars, the ECU (engine computer) fires the spark plugs, opens and closes the fuel injectors and turns the cooling fan on and off. All of these tasks require digital outputs that act like a relay circuit.

Digital-to-analog converters – Sometimes the ECU has to provide an analog voltage output to drive some engine components. Since the processor on the ECU is a digital device, it needs a component that can convert the digital number into an analog voltage.

Signal conditioners – Sometimes the inputs or outputs need to be adjusted before they are read. For instance, the analog-to-digital converter that reads the voltage from the oxygen sensor might be set up to read a 0- to 5-V signal, but the oxygen sensor outputs a 0- to 1.1-V signal. A signal conditioner is a circuit that adjusts the level of the signals coming in or out.

Communication chips – These chips implement the various communications standards that are used on cars. There are several standards used, but the one that is starting to dominate in-car communications is called CAN (controller-area networking).

Put simply, your car’s engine computer contains its processor(s) and then the above components to streamline communication between the processor and the individual engine systems so the computer can properly monitor and control them.

As advanced as these computers are, sometimes things can go wrong. Electrical shorts in the sensor circuits are possible and could overload or damage the computer module, problems with the computer’s power supply could cause it to behave erratically, and bad inputs from malfunctioning sensors throughout the engine could also lead to problems. Plus, you can’t forget that your car computer is not operating in a nice stationary office like your work computer—corrosion, excessive heat, and vibration also can cause harm to the module.

Because your car’s computer is so vital to so many different functions, it’s critical that you get it looked at as soon as you suspect there might be an issue with it. There are many warning signs of a failing computer, but they can sometimes be complicated by the fact that it’s up to the car’s computer to tell you what’s wrong in the first place. If it’s malfunctioning then it may not be able to properly diagnose itself.

If your car has a bad computer, then it’s best to replace it with a new module that is programmed and tailored to your specific vehicle [maybe link to homepage].

The computer in your vehicle is its brain. It coordinates proper function across all the different systems in your engine and keeps your car running safely and efficiently. Just as your laptop is, your car computer is a highly advanced piece of technology that can essentially be boiled down to microprocessors and sensors communicating via electricity and circuit boards.

Needless to say, repairing these computers is not typically the job of your everyday mechanic. If you are having problems with your computer and need new one programmed to work with your vehicle, then contact Car Computer Exchange today.